How to manage the greenhouse in winter

You are here: Home / News / Steel Knowledge / How to manage the greenhouse in winter

How to manage the greenhouse in winter

First, encountering severe cold and cold currents, severe cold caused serious damage to vegetables in deep winter greenhouses. In the case of severe cold, the following methods can be used for emergency. First, multiple layers of cover can be used to cover a layer of film on the grass, or in the shed. Shed to increase insulation effect;
Second, it is early to dig the cold ditch outside the shed, which can increase the temperature in the shed by 2 °C ~ 3 °C. In addition, pay special attention to spraying the drug to prevent freezing damage before the cold current. Do not water the water, the water temperature in the winter is too low, when the cold weather changes, the shed will not see light, the shed temperature is low, the ground temperature is difficult to recover, it will cause the rotten roots of the vegetables, the dead roots or the roots and the spread of various diseases. .
Third, when encountering even yin, if you encounter continuous weather, as long as the temperature is not too low, you must uncover the straw curtain. If there is a short time to expose the sun, the temperature in the shed will rise. Reflective curtains are hung on the back wall of the greenhouse, which also plays a role in adding light and warming on cloudy days. When there are many cloudy days in winter, the mulch film should be covered early, which can increase the ground temperature and reduce the occurrence of low temperature freezing damage. The temperature in the winter greenhouse should be kept above 12 °C. When the temperature is too low, the heating measures such as electric heating and coal furnace heating can be adopted.
4. When encountering snowfall, do not cover the grass when it is snowing during the day. After the snow stops, immediately sweep away the snow on the shed. After the cover is covered in the afternoon, cover the grass with a film to strengthen the insulation. After snowfall at night, it is necessary to sweep the snow in time after the snow stops, keep the grass dry, and let the seedlings see the light when the temperature permits. After continuous snowy weather, it should suddenly turn fine. It should be pulled first or first one third, and observe the change of seedlings. When it is found to be wilting, cover the grasshopper immediately, then pull it back after recovery to prevent flash shed. If it has caused wilting, it should be immediately sprayed on the leaves to relieve the stomata, so as to close the stomata of the leaves and weaken the transpiration of the vegetables, which is beneficial to the rapid change of the wilting state and return to normal.
5. Remediation after freezing. First, after the shed is frozen, it is not possible to immediately close the shed to heat up. The temperature in the shed should be slowly increased to avoid the necrosis of the frozen tissue due to the sudden rise in temperature. The second is to cut off the frozen stems and leaves and fruits in time to avoid tissue mildew lesions and cause diseases. Third, it can be sprayed with drugs to ensure rapid recovery.
Sixth, emergency measures for pests and diseases, greenhouse tomatoes are prone to blight and gray mold, the reason is long-term low temperature, vegetable growth is weakened, resistance is reduced, pests and diseases are prone to occur, early detection, early prevention. Downy mildew and blight are sprayed with 72% cyanine cyanide and 64% anti-virus sputum 800 times; gray mold is sprayed with 50% chlorhexidine, smelt or sulphate 600 times, every 7 to 10 days. To prevent the occurrence of diseases, it is also necessary to spray plant growth regulators on the foliage to enhance the cold resistance and disease resistance of the plants. In case of cloudy weather, try to use smoke or dust to prevent disease, so as to reduce the humidity inside the shed and avoid disease. 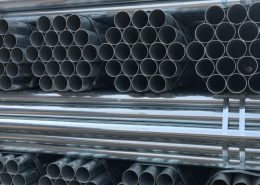